I’ve got a few videos coming down the pipe, so nary you worry, but in the meantime we’ve had a few more goings on in the baby news.

A week or two ago we had a “Reveal Party”/”Gender Party”/”Sex Party” (I did not come up with that last one and let me be the first to say that I also did not condone it…in the words of Archer, “PHRASING!”

We wanted to have a fun way to share the news about our baby, so we decided to invite people over and give everyone a cupcake.  Only one of the cupcakes contained icing on the inside that was the color of the baby’s gender, so everyone chomped into a cupcake to see who the revealer would be.  As people were arriving, we had everyone fill out a small little card asking the questions, “Will it be a boy or girl?” and “What’s Your reason?”  We had a few interesting answers, so I thought I’d share those with you: 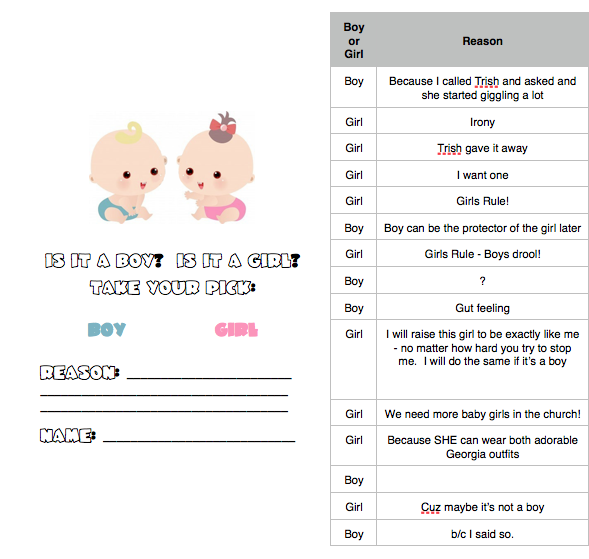 Then the fun began and everyone grabbed a cupcake.

Even my sister got to join in on the fun from Seattle via FaceTime!

So there you have it.  It’s starting to get real.